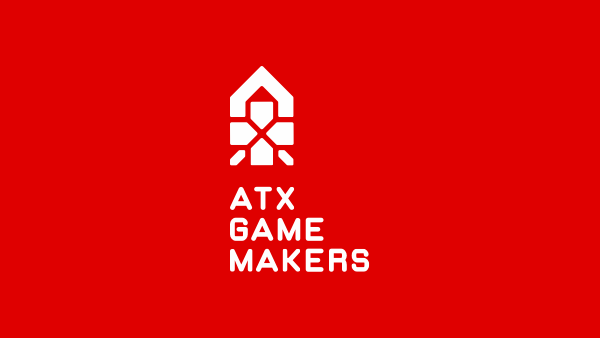 Like most gamemakers, it was love at first sight. I was fascinated by every aspect of video games–from the rectangular grey controller, to the magic box connected, to the glowing screen. How did it all work? To this day, I am still captivated by it.

In my teens I tried to make games. I followed Gamasutra, read books like Theory Of Fun, and dabbled with Dark Basic. I limped along, picking up drawing and reading GIMP tutorials. Without anyone to share the joy and frustration of learning, it became overwhelming. I started to doubt my ability to learn programming and developed a phobia. I told myself I could never do it and put my dreams away.

By the time I entered college, I was not only done with trying to make games but also playing them. “Video games are for children and I’m no longer one,” I would tell myself. Classes were getting harder, and in my junior year I quit games completely. When I graduated and finally entered the workforce I threw myself into a job, but I quickly realized I hated it.  At the end of every day I felt drained, unrewarded, and unappreciated. After spending 8 hours at my desk, I still felt like I hadn’t accomplished anything.

I started taking MBA courses, not to get an MBA but to find people who wanted to start a business. I met Cody and we started brainstorming company ideas.  We considered games because that’s what we bonded over, but I was apprehensive because I was afraid there was no money in it, and maybe game making was just a childish dream…then lightning hit.  I was at a beer garden festival, and I noticed the logo of a local brewery: The Hopping Gnome.  Their logo was perfect, and I knew we could make a game based on it. In my drunken stupor I rushed up to the proprietor’s booth and told them I wanted to make a game out of their logo.

Within 2 weeks we had a prototype, Cody did the art and I did the programming. Along with the game I created a custom arcade machine for the game to live on.  We showed it to the client and made our first paycheck: $2,000. Our company would make custom video games, and machines for them if needed, for local venues to promote their bars. My programming skills were weak and sloppy, so we brought in Brian, who we met at a local game jam.  A month later we entered into the Shocker New Venture competition and won first place which was a $10,000 prize. Our idea had legs and we kept going. Within a year we created a customizable Trivia App that bars could subscribe to and added another member to the company, Andrea.

Reunited with my love of games and seeing that there is money to be made after all, my passion returned and I felt a large hole had been filled. We had a good ride until I was given an ultimatum at work. In the end, my company had me move to Chiapas, Mexico, and I pushed my dream aside yet again. This time, I couldn’t stay away from game making for very long.  After a year of working in Mexico, I picked up where I left off with a newfound energy.  I focused on programming because it’s what scared me most and I was tired of having that prohibit me from making games in the past. I ploughed through Unity courses online, and met friends and mentors. Work was not satisfying, and I wanted to do what I was passionate about. When I talked to my boss about different positions within the company, he told me “Why don’t you hold off on your dreams and work another year in Mexico”.

That was the straw that broke the camel’s back. We decided that for the rest of the year we would save up, my wife would go back to work, and I would quit my job to make games full time. 2019 was my year in the hyperbolic time chamber; I tried to absorb as much as I could of Unity and game making. I would work from 7:30 to 4:00 and then work on programming or art from 4:30 to 8:00. I did it every day without fail.

Now we are in Austin. I quit my job in early January 2020 just as we planned, and have been working diligently on my game, Fairway Evil. A zombie horror golf game. My decision to quit my job wasn’t easy. It’s hard to turn down a solid paycheck and financial security to get into a field that so many passionate and talented people want to enter. Nevertheless, I’ve never been happier or more satisfied, and I want you to feel the same.